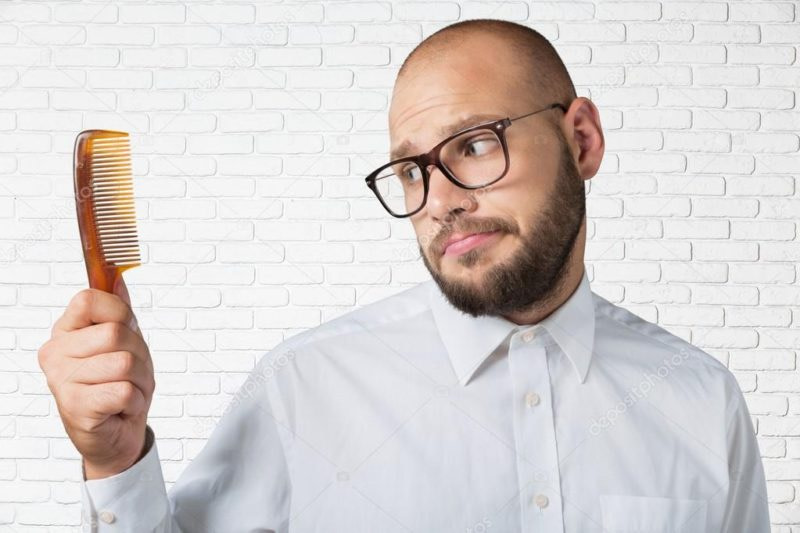 Do you want to hear a story? It’s about a guy named Ryan.. his story is one everyone can relate to even by a slight percentage. But first, we would like to introduce Ryan to you

Ryan works for a digital marketing firm as a content strategist. He is a single male, 28 years old. Ryan has one issue though. He has been slightly struggling with his confidence around women. I assure you Ryan is NOT a repulsive-looking person. In fact, he’s quite the gentleman. He just sometimes struggles to be himself around women, and there’s a reason why. Read on!

Let us put it this way – While scrolling through Instagram have you ever stopped for a while and checked out someone of your own gender to admire how “pretty” or “hot” they are? You keep doing that quite often.. and you cannot help but feel that you really WANT TO BE or LOOK like that person? No motivational quote on self-acceptance has truly been able to “block” that nudge within!

Well, Ryan, had the same story. He is bald! He’s nice-looking but he could never be his perfect self because of his baldness. Even though he had a great sense of humour and people would love to be around him, he would be rejected by girls because of his hair loss issues.

It took some time but he finally came to terms with reality and accepted this inner calling to change his reality!!

There are so many Ryans in the world and there is nothing wrong with wanting to look in a certain way. It’s quite healthy to work towards that direction because of the confidence you would achieve.

So he started doing a little bit of digging about this issue. He was quite surprised to discover how common this issue is – THANK GOD, he started feeling okay now.

You’ll be surprised to know that 50% of men (and 25% of women) suffer from hair loss or alopecia around the globe. That’s quite high, right? And, we are not kidding when we say that our clients have confessed to us saying that it is one of the nightmares realised.

The Problem and how to attend to it early

Hair loss or Alopecia can impact your whole body or only the scalp area, and it can be either temporary or lifelong. Certain reasons that can cause hair loss are heredity, hormonal disorders, medical conditions, or simply, aging. It turns out that men are more likely to face this issue than women.

Baldness, as you know, refers to excessive hair loss from the head. But the most common reason for baldness is age. Other times, individuals may face complete baldness when they leave the early signs of hair loss unchecked or ignore it.

They would often cover up those “spots” with a certain type of hairdo, makeup, cap, and scarves. It’s best to attend to the problem as soon as one is able to identify it and consult a scalp micropigmentation specialist to avoid further loss of hair.

Hair loss may occur unexpectedly or naturally. It can either affect your whole body or just your scalp.

The following are the signs and symptoms

When you detect this at an early stage consult a scalp micropigmentation specialist to know how to treat it on time.

We have vast experience with attending to such problems and our non-invasive, highly innovative scalp micropigmentation treatment has been able to treat patients with these issues.

On average, people lose 50 to 100 hair every day. Since new hair grows at the same rate, this is normally undetectable. But hair loss happens because the hair that has dropped out is not replaced with fresh hair.

One or more of the following causes are often linked to hair loss:

Heredity: Family history is known to be one of the most common root causes for hair loss. If your family has such a history then consult our reputed specialists to treat the problem early.

Androgenic alopecia, also known as male-pattern baldness or female-pattern baldness, is a disease that affects both men and women. It normally happens progressively and in repetitive ways, with men seeing receding hairlines and bald spots and women experiencing thinning hair around the crown of the scalp.

Supplements and medications. Certain medications, such as those used to treat cancer, asthma, obesity, cardiac problems, gout, and high blood pressure, may cause hair loss as a side effect.

Treatments and hairstyles: Excessive hairstyling, using grooming products made of harsh chemicals or hairstyles that keep the hair close, including pigtails or cornrows, may lead to traction alopecia, a form of hair loss.

Our non-invasive, ground-breaking technique to reverse hair loss problems has really brought smiles and restored the confidence of all our clients. If you want to know more about the process, please feel buzz us at 508-505-8106 or share your details with us.